Baltimore Design School is located in the Station North Arts and Entertainment District in the Greenmount West community. The building has classrooms and specialized labs for the design tracks, art and science, as well as a library/media center, galleries and a multipurpose room/cafeteria.

As a model for 21st century schools, BDS was featured in a 2014 issue of the Architectural Record. Click here to view the article. The 115,000-square-foot award-winning building was purchased by BDS, Inc. in 2010 and renovated for the use as the Baltimore Design School. The factory building was designed by local architectural firm Ziger/Snead, and redeveloped by Seawall Development Corp as part of a $26.5 million project to repurpose the site for a school. The groundbreaking for the school was slated to take place on May 7, 2013 and the school was opened for the 2013-2014 school year. The building, dating back to 1915, tells a long Baltimore story. It was first home to the Crown Cork and Seal Company, legendary inventors of the bottle cap. In the 1970s, the building was converted to a factory for the Lebow Bros. to manufacture men’s suits. Its doors were shuttered in 1985 and the site remained abandoned until BDS was founded in 2010. Photos by Logan Hicks via Flickr showcasing original condition of the Lebow Clothing Factory before being renovated into the Baltimore Design School. 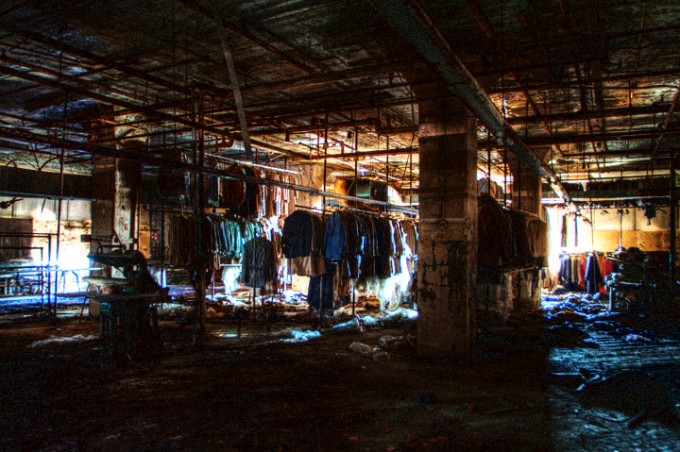 To check out more of the original images of the history and conditions of the Lebow Clothing Factory, before the renovation, click here.